It was there is vicinity one year autumn, 2018.

It has already been one instant, since Netlix made me of the eye with the announcement, and that she showed was agreeable enough so that I put it in a corner of my head. Therefore, I did not throw myself over, start of the school year being a period leaving not enough availability for a series, whoever it is.

And then one evening I was finally allowed to load.
It is not because I had more time than other days! No, it is fair that I did not go very well, that I was exhausted, almost put out and that I had the force neither to read, nor to work, nor even to choose a film or a series among the others. Then I clicked on the first one which came, with the idea which it would help me to fall asleep. 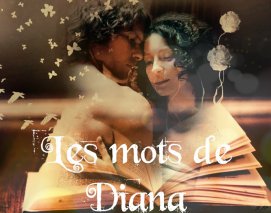 It is necessary to say that recently I succeeded in sticking on nothing. Too much worries at the head poisoned my days and my nights, to the point of sometimes making me crazy! It was as a shade which nibbled me of inside, to the point of putting out the plots which had until then illuminated me. Joy, hope, plans, Romanticism, everything seemed to be in the stop. I was not more than reason and seriousness, battle and abandonment As though it was a fate there.
And then there was Clear then Jamie, then Murtagh, Dougal, Colum!! Then there was Scotland, rides, battles as honour, laughs, friendship, brotherhood. And then there was love.
I looked at the first 10 episodes of the single milking at night as case, silence, fraicheur, soft caress of the breathing of my dog and purring of my cat, as alone eye-catcher in reality.
I laughed, I cried, I dreamed again in life. Last time when I had felt such romantic emotion, it was youthful, in the reading of Angelica, Ann and Serge Golon. It was as a part of this childhood that took back birth in me.

In daytimes according to I swallowed episodes with an unbridled rhythm, giving up a however urgent job, cancelling dates, leaving my nights without sleep and my exhausted body. However I found a part in me which seemed for ever to be put out: the dream and perhaps even hope, and it appeared to me as imperious required one, as an unquestionable preference.
While arriving at the last episode offered on Netflix I realized that the season 4 was in full broadcasting at the rate of episode a week. I came back from foot full in reality.
I then took time to be interested in the actors, film directors, authors And, rather than to wait for following episode, I began again almost immediately from the beginning, in original version this time, plunging me with delight into the terrifically dynamic consonnances of the Scottish language.

I tried to speak about series around me, but nobody seemed to know, and some people made fun a bit, or, worse, had a condescending attitude Valérie gets used a small return of age? Then I said nothing more. It was not a matter that whoever speaks ill of my loved series.
It is there that I had the idea of inscribing me to a deprived group BFRS. It was perfect. Fans as me, and person of my knowledge to judge me, to chafe this small corner of happiness. I discovered while I was not the only one to have dived suchlike into series, and while there was even of the most attaining (e) s what is more me! But especially, I realized that series came from a terrifically verbose literary saga since the author, Diana Gabaldon had written 8 volumes all more thick some than the others, as well as works in parallel, showing certain figures in other circumstances. The voracious reader that I was did not come back from this godsend there! 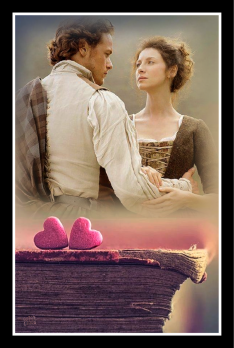 The following day I went to a bookshop and I bought the integral (14 bucks in all since certain volumes are in two parties), without thinking even about what it was going to nibble in my however fragile budget, and I literally dived in Diana's magical words.
It was worse although series! How I was on vacation, I could sometimes read till 10 or 12 hours a day! I spent several sleepless nights, unable to stop me! And when I did not read, I tattled for hours and hours about this group Facebook which made felt me in life as ever. Some of my neighbours confessed me later that they had believed me travel for several days there.

That comes to one year therefore.
Since, I viewed series in its entirety 3 times, I read pounds in their entirety twice and as though it was not enough, I was become moderating of the facebook group and I created my own Internet site on which today I confide.

Is it passion, infatuation? Of madness for some surely, and for other one a loss of time. But I let say without answering anything, because what it causes in me is not either able to qualify, or quantifiable. What takes place in me is private and indivisible.

It is the deployment of a party of my soul which had creased in the contact of life.
It is the beauty of a love story that helped me to get up again after the hardness of the world had made me huddle up to me.
It is the waking of my senses which tiredness had gulped down.

Who would dare to say to me, today, that it does not count?