It would be unfair not to take the time to evoke the wonderful music of Bear McCreary which is inseparable from the vibe of the Outlander series.

This is not the first time that Bear has composed for film and television, far from it! Since 2005, he has been composing the scores for numerous series, such as Battlestar Galactica, Eureka, Terminator: the Sarah Connor Chronicles, Caprica, Human Target: la Cible (the first season only - with the distinction of having used for the episode the largest orchestra assembled for a television series episode), The Cape, The Walking Dead, Defiance and, in parallel, those of several DVD direct-release films and two video games, Dark Void and SOCOM 4.

And of course, from 2014, he composed the original music for the Outlander series, with the talent and success that we know him. For the record, the song in the credits, Skye Boat Song, is performed by his wife Raya Yarbrough 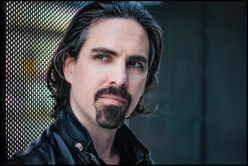 The music of Bear McCreray

Listen to his music while reading the articles about him by clicking on the Jukebox.

Bear in great detail the process of creating the generics and the different themes. including that of Claire, Frank and stones.

Score in two parts for this season 2. Parisian music then, back to Scotland for warlike music.

Season 3 - after Culloden - 2017
Once again, the score is written in two parts. The first describes the ordeal of Claire and Jamie's separation.

Second part of the third season. Bear McCreary takes us to the Caribbean.

Season 4 - The New World - 2018
New resonances for this season which leaves Scotland definitively to explore the new world.

Bear shares with his fans his analyzes of the different musical seasons.

Season 5 - Stand for all - 2020
All is not rosy in North Carolina where the Frassers are trying to found a new community while resisting British oppression.

at the Outlander Season 6 Premiere