"They cannot be enemies since they are like us, they are hunters and mountain people, why shouldn't they see what we see?"

These ancestral societies, very well organized, are two cultures geographically so distant and yet, it is the bad luck of the history of both that will bring them together.

On either side of the Ocean, at first glance, we discover two peoples of fabulous warriors dressed in what we might call folk.

They have a laird or a leader whom they respect, honor and listen to.

Kilt , tartan for some;  feathers and war paints for others.

They live in clans or tribes . The land is a common good and all are part

They have very similar traditions, rituals (1), and customs . Here are just a few examples among many.

The Kahnuen'kehakas (Iroquois) have a conception of marriage that resembles traditions in the Highlands:

• For the Iroquois, it is the parents who organize everything according to the affinities observed when they were children. They cannot marry someone from certain other tribes.

• In the Highlands, people get married within the same clan except to form alliances.

• The Iroquois torture and burn their enemies alive ...

• “Jacob the Red” Chief of the Mackenzie clan has a reputation for being very cruel to his enemies. (torture and expeditious justice)

They have an elaborate craftsmanship: fabrics, jewelry ... 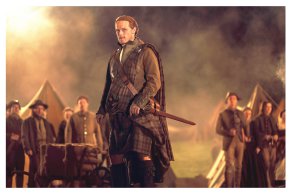 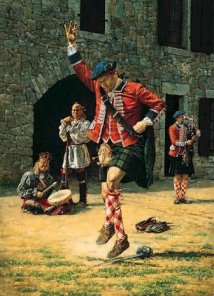 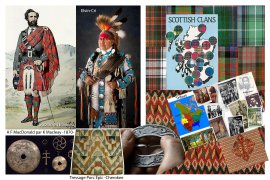 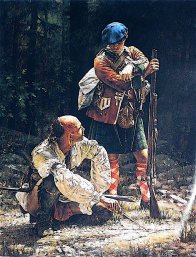 Here is a sentence that echoes our discoveries after reading the Path of Tears lived by the people of the Cherokees.

And this magnificent painting by Robert Griffing aroused many curiosities in us.

So we found some answers ...

You will undoubtedly find others.

So here we are on the trail of the Highlanders and their Indian cousins: two mountain peoples.

Preparation for combat had its own custom in the

Robert Griffing shows a soldier from the 42nd Highland Regiment within the walls of Fort Ticonderoga. According to clan tradition, if a dancer touched the swords under their feet during the dance, it would herald the end of the battle. A bagpipe player provides the music. An Iroquois warrior watches, awaiting the results.

An amused and approving smile is on the face of a tribal leader as he marks the time with his drum.

The Indians had their war paintings, songs and dances….

They have ancestral legends and pagan beliefs.

The two peoplesmaintain the same superstitions (2)

But they also settle their differences with this game. 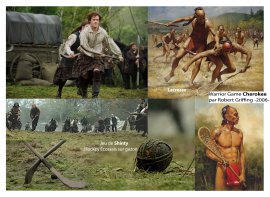 And we can go further in the comparison.

Their history has many other points in common historically.

The English authorities have always negotiated with the Amerindians their military assistance.

And if the English have had some success, it is in part because of the presence of the Highlanders that the Indians saw as their fellows in whom they found themselves.

Highlanders and Indians suffered from the dictatorship of the British and Americans.

They will live the relentlessness to destroy their culture.

Ban on tartan… Europeanisation of Indians…

Spoliation… .Genocide…. Racism …. Deportation… words that resonate in their history.

While the Cherokees lived on the Trail of Tears, many Highlanders lived in the Highlands Clearances and were expelled from their homelands so that English owners could raise sheep. They emigrated to the New World in North Carolina and became closely associated with Native American culture. Some got married in local tribes.

The famous law of matriarchy granted tribal membership to children born to a Cherokee mother.

One of them was Alexander MacGillivray, a wise 18th century chef.

Her mother was a Creek Princess, while her father was from Scotland.

In 1790, he led a delegation of 28 chiefs to New York where they signed, with President George Washington, a treaty which ceded all disputed territories to the Indians.

John Ross , (1790-1866), the heroic leader of the Long Trail of Tears, and of whom we have already spoken in the North Carolina Indian file, had a Highlander father and a Cherokee mother. 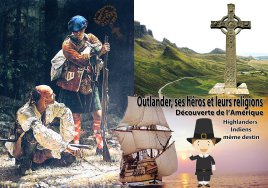 Cultural ties between Scots and American Indians are not limited to historical events.

There is a huge identity with the environment and respect for nature .

Another correlation between the two groups is their feeling about the land .

The Gaelic concept of ownership is just as strong as it is elsewhere, says poet MacNeacail.

But property is not seen as an individual thing.

In Gaelic, you cannot say: "I own the earth" but "The earth is with me".

And the Indians say "I belong to the land".

MacNeacail also sees similarities between the two companies through their language which was only written very late in both cases.

Both languages ​​are rich in images because of the oral tradition.

Both nations made good use of their written language in their respective battles against the occupiers. The press and the newspapers were a formidable weapon.

And even today, Cherokees and Scots teach their own language to children.

This brings us to another point of comparison: the importance of educating and educating  children.

The Scots have always been keen to train their youth, since the Renaissance.

Their universities are famous and they had one of the first medical schools in Edinburgh. To be multilingual, to study Latin and Greek authors, to be successful in mathematics, these were the objectives of the little Scots before the collapse of Culloden. And such, it was after.

The contribution of the Scots to modern civilization is out of all proportion to the size of their country: while Scotland represents only 10% of the British population, it has seen the birth of more than 20% of the great researchers, philosophers, engineers and inventors from Great Britain.

We owe them the logarithms, the second law of thermodynamics and the laws of electrodynamics. They are the ones who revolutionized the steam engine, invented asphalt, waterproof canvas, telephone, television and radar.

Not to mention their role as pioneers in anatomy, in the discovery of antiseptics and penicillin. 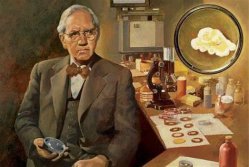 History has retained the Marconi brothers as the inventors of television and yet it is John Logie Baird, (1888-1946) a Scottish engineer, who invented this famous machine in 1924.

In 1928, Baird's company broadcast the first transatlantic television signal from London to New York, then to a ship. He also creates the first color television which will not be marketed until after his death.

The Scots attribute this impressive record to the importance they have long placed on education.

Likewise, the Cherokees realized the importance of educating their children by creating schools and their goal was to reopen them after their deportation.

It is this will which saved their culture and which opened the doors of universities to some of them. 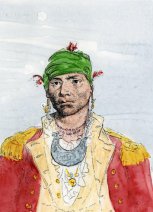 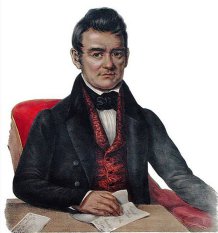 One example among many others, the opal is a stone which carries with it many mysteries. ( 3)

John Bennett Herrington (born 1958 Oklahoma) is an American astronaut and a veteran of a space shuttle mission.

He is the first member of a Native American tribe (Chicacha) to have flown in space. 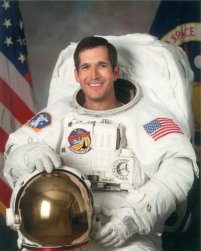 In conclusion, we can say that tribe and clan were remarkably similar in temperament and philosophy and both cultures produced very skillful and courageous fighters. But he also had in common love and respect for nature.

And then and above all, there is this common strength of character to face fate and rise from its ashes.

These two cultures could have collapsed for good under the oppressive weight of British expansion. It was their enormous resilience that saved them

Gratianne illustrated this article and reread Outlander for a good cause.

Françoise has always reread her History before writing this text.

She thanks Gratianne for her patience!

Thanks to Marie who supported our research with a few articles ... 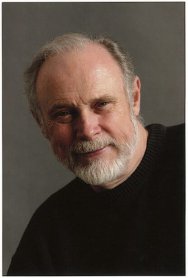 Finally, here is a short biography of an artist who delighted our eyes… and who brings the Indians to life .

This is June 9, 1940 in LinesvillRobert Griffing borne, Pennsylvania.

He is passionate about Indigenous history and cultures.

Graduated from the Art Institute of Pittsburgh where he studied illustration.

In 1991, after a thirty-year career in advertising, he began painting 18th century Eastern Woodland Indians.

His paintings focus on the era of chaos and uncertainty for the woodland tribes as they struggled to survive the encroachment of Europeans.

Robert Griffing hopes his paintings highlight what he considers a neglected period of history.

“Griffing's attention to the representation and precise detail of the Iroquois is remarkable and seldom seen in the work of other non-Indigenous artists. His paintings allow the viewer to have a special understanding of how Iroquois culture evolved with European influences. "

“To my knowledge, not one person in this century has done more to rejuvenate interest in the history, art and culture of early western Pennsylvania. His work also gave rise to a new enthusiasm for the cultural mystique of the Native Americans of the East.

Griffing also explores his own Scottish ancestry for ideas and topics.

The artist traveled to Scotland in 1996 to research his lineage

One book, The Art of Robert Griffing, with over 75 color plates, is a comprehensive collection of his work, from his earliest to his most recent paintings.

Parallel of pagan prayers and rites

• Dance of the druids in the Cromlech at the solstices, the high priestess calls the sun between the stones.

• Prayer taught to Jamie by his father for a ritual at sunset. Indians have specific beliefs and colors for the cardinal points.

• When hunting, the prayer for gutting and skinning an animal is the same.

• Respect for nature: “You will not eat the flesh of fish, game or poultry that you have not killed with your own hand. Be grateful for the one you caught, even though nine others got away from you '' said by Jamie. (Volume 8-2)

For the Iroquois, they are messengers. (Volume 8-1)

•       Asgina ageli, is a Cherokee term meaning "half phantom". He has one foot among the living and the other in the realm of the dead. He can speak to the spirits and see the "Nunnahees" ... the little people.

• In the Highlands: “These are our fairies and elves, we call them the ' Auld Folks ' explains Jamie.

This is told in the "Ancient" Scottish tales called "sidhe" in Gaelic.

• "They say that opals are the stones of misfortune, Sassenach ..."

• "They are not all evil ..." It is a stone which absorbs the vibrations of its owner, which will bring good luck if it belonged to someone good otherwise it will be misfortune.

• “They are all both excited and angry…” They refuse to touch her.

• “There is a legend: magical snakes carry stones in their heads. If you kill one of these snakes and take the stone from it, it will give you great powers. "

• The “Otter's Tooth” opal found by Claire has an incised spiral with a “Snake biting its tail”.

Opal in the saga:

• It is important because it is a gem that allows you to protect yourself during time travel. That's why Dent de Loutre had one with him. He calls it “his return ticket”. 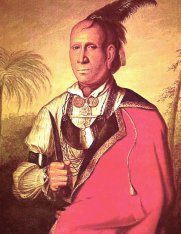 Scots and Indians have natural medicine.

Since the Middle Ages, the Scottish monks have maintained the knowledge of plants; Scottish herbalists were not only apothecaries, they also healed. 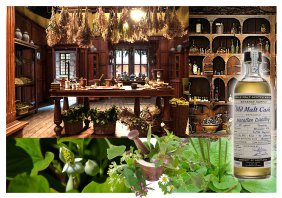 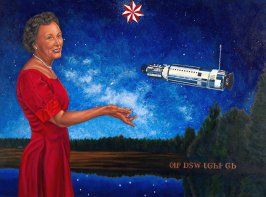 She is the first Native American engineer in the American space program.

She notably worked on the design of the Agena rocket.