Many readers dislike Brianna in the first volumes ... Here is what Diana Gabaldon says:

Diana Gabaldon  : “Note that we got to know Bree as a teenager. Very few adolescents have any real awareness of themselves or of the news of the world around them - and she grew up in a protected and _very_ stable environment. Neither parent benefited from it: they both lost one of their parents (or both) at a very young age and, although they were under the care of a father or a loving uncle, they grew up mainly in a man's world - a world where assertiveness and daring are valued and where combat - whether for fun, social precedence * or to defend oneself - is a "sine qua non" condition.

* Remember Jamie telling Claire that when it was clear that he was going to get big in size, his father told him that other boys / men were always going to want to test him, so he took him away in the barn and practiced hitting him in the straw until he could defend himself effectively. Then his uncle Dougal taught him in turn to fight (for his life, for the defense of his clan, or - from time to time - just for fun) with a sword, a spear and a dagger. Jamie has always seen the need to threaten or hit someone sometimes.

And Claire, after an adventurous youth with Uncle Lamb (where she learned a lot about self-sufficiency and how to get out of dangerous situations), got married, but only a few years later became a nurse during WWII. (during which the entire population of the British Isles was forced to assert themselves, one might say ...), and learned not only the necessity and the manner of commanding, but also how to behave as if they had not afraid, even if it was.
Brianna, born to this couple of filibusters, led a very strict and socially limited life. She went to parish school and, as someone who did too, I can tell you that while it fosters some subtle sense of rebellion, it's not an overt sense, far from it. And for her entire life - before the Stones - her father was (or seemed to be) a very gentle-mannered history teacher and her mother was first an unhappy housewife, then a partially absent doctor. In other words, she wasn't given any sort of example or lesson to deal with what her parents gave her in terms of genetics and personality. (Although Frank, to his credit - and knowing who and what she really is - taught her to pull and ride,
So what you see over the course of the books is how the nature / education argument works, in practice.

** William, on the other hand, _was brought up more or less in accordance with his genetic propensities, because he was a man and growing up in a time when the military was an honored profession - and his stepfather and his uncle are professional soldiers. (Although he was also brought up as an aristocrat, with a great deal of social deference bestowed upon him before he was old enough to have any idea what it was, let alone how to behave. manage). So, he can be cheeky and as self-centered as any other eighteen-year-old, but he's always had a good grasp of what his core character is, and a sense of social obligation, in caring for those who are weak or under your protection. This was not the case with Bree, who discovered it,
You see her start to adjust to the life she was born to be. "

“I think a lot of times people who 'hate' fictional characters do so because they expect them to act the way the reader expects them to act, and that they are angry with them for not doing so. I can only assume that these readers are much more used to reading books in which the characters act in a much more idealized / standardized way, and they don't like to see their expectations turned upside down.
But again ... I have had readers (over the years) who ended up confessing to me that they "hated" Bree because she uncomfortably reminded them of the morons they were when they were teenagers or young adults. So there is some of that ....
But you see similar reactions when the adult characters do perfectly human things that the reader disapproves of. " 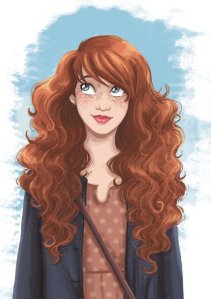