Outlander,
his heroes and their religions

And particularly dynamic, the Dutch embarked on the oceanic adventure at the end of the 16th century. These traders and skilful sailors will conquer the world: Curaçao, the Antilles; the Brazilian northeast, West Africa, southern Africa, Japan via Batavia in the Indonesian archipelago.

This is a commercial and not a territorial conquest.

The following year, three ships arrived with provisions, cattle and other settlers.

The settlers built a fort, a warehouse and around thirty wooden dwellings.

But the rivalry between England and the Netherlands is not all about a trade war.

It has a political and religious aspect.

England is in the hands of the Puritans, hostile to the Dutch Calvinists.

Many royalists, supporters of the Stuarts, found refuge in the United Provinces.

In the middle of the 17th century, the two countries entered into war.

The English will conquer New Netherland.

In January 1665, Charles II offered his brother Jacques, the Duke of York, the territory between the Delaware and Connecticut rivers even before he had begun the conquest. 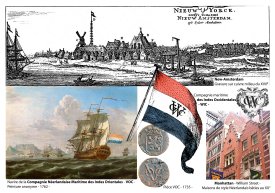 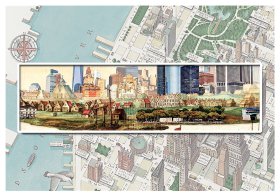 “England […] jealously saw a small state [Holland] barely formed in its neighborhood spreading throughout the universe the branches of its prosperity. "

It is a little by chance that the Dutch will set foot on American territory.

In 1609, Henry Hudson , an English navigator, was recruited by the  East India Company of the United Provinces (Vereenigde Oostinsdische Compagnie or VOC ) in order to find new sea routes to Asia.

On board a modest ship the Halve Maen (Demi-Lune) , Hudson sets sail at the head of an Anglo-Dutch crew

It enters a bay (in New York) and goes up a river (Hudson) to the height of present-day Albany.

But this new territory does not arouse enthusiasm among Dutch shipowners for whom only trade with Asia, renowned for its riches since the voyages of Marco Polo, counts. However, the merchants of Amsterdam decided to establish a fur trade with the natives there. They grouped together in a company, the Compagnie de Nouvelle-Néerlande, and obtained from the Stadhouder a monopoly between the 40th and 45th parallel for a period of four years.

At the end of these four years, the results of this small company are prestigious:

• It sustainably organizes the trade in furskins, mainly beaver skins.

• It establishes regular commercial links with the metropolis.

• She explores and maps the Atlantic coastline from Delaware Bay to Long Island. Thus was born the Company of the West Indies (West-Indische Compagnie or WIC).

• the region between the Delaware and Connecticut, Nieuw Nederlandt or New Netherland rivers (Nova Belgica in Latin)

ship, the Nieuw Nederlandt, with on board provisions and some thirty Walloon families, French-speaking Calvinists from the Spanish Netherlands - now Belgium - who had taken refuge in the United Provinces.

These first migrants, including farmers, will ensure "the supply" of the future colony.

They are the vanguard

The Company "bought", through its governor Pieter Minuit (1580-1638), a Walloon native of Tournai, the island of Manhattan ("hilly island" in Algonquian), from the Amerindians manna-hata in 1626 for some blankets, tools and pieces of pottery.

The colony's population is growing at a rate too slow to cope with the magnitude of the task.

The Company introduced in 1638 a system of concession which guarantees 80 hectares to any settler who arrives with at least four other people. 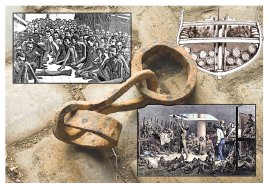 In addition, the conquest of New York has many advantages:

• Make the connection between New England and the southern colonies.

• Control the Hudson Valley by offering them a route to the interior of the continent.

The summer of 1664 is an essential date for English North America.

England now controls the entire coast from Maine to Virginia.

New York is unique in the history of these English American colonies because it was founded by another country and the majority of its inhabitants are not English, the latter making up only a fifth of the population.

Jacques Stuart had every interest in being very tolerant of the Dutch settlers who were first-rate traders. It grants them many freedoms in order to keep them in this territory.

It was a typical town with its houses with pointed roofs and cheerful markets.

The atmosphere was relaxed. It was a city of rejoicings, celebrations, feasts.

Which contrasted with Boston, the Puritan. 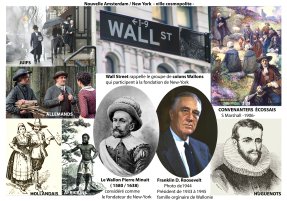 From now on, this region will be a producer of meat, cereals and other foodstuffs for all the American colonies.

It will export the skins.

This open and tolerant region was the gateway to the New World.

We will retain the Walloons who were the first with the Dutch.

The Scottish Covenanters (Scottish Gaelic: Cùmhnantaich): see below, about Outlander.

But also the Irish, rough peasants who seized the land.

The Lutheran Germans fled war and poverty in large numbers.

The Jews had been transferred by the Dutch. They came from the Dutch Brazilian colonies.

What does Diana Gabaldon tell us in Outlander about New York?

We hear about New York in the novels from the 4th volume.

T4 Ch53 - To go get Roger that Ian and his Iroquois friends sold to the Mohawks who live in the colony of New York, Claire and Jamie had a long trip of 6 weeks, Claire counted the days by tying knots on a string. (from early January to mid-February). In this colony, the Mohawks fought alongside the English against the French.

Then the Covenanters who arrived in NY are mentioned

Here are some details about these Scottish Covenanters (Scottish Gaelic: Cùmhnantaich) The name derived from Covenant, a biblical term for a link or agreement with God.

• They were members of a 17th century Scottish religious and political movement, which supported the Presbyterian Church of Scotland and the primacy of its leaders in religious affairs and opposed the King's control over the management of that church .

• They opposed the bishops who were royalists

• The origins of the movement were found in the changes imposed by Charles I of England on the structure and doctrine of the church.

• In 1638, thousands of Scots signed the National Pact, pledging to resist the changes imposed by Charles on the Kirk (church) of 1639 and 1640 and the Covenanters took control of Scotland.

• After the restoration of kingship in 1660, the Covenanters lost control of the Scottish Kirk and became a persecuted minority.

• In 1688 in Scotland, the Church of Scotland was reestablished as a fully Presbyterian structure and most of the Covenanters were readmitted. This marked the end of their existence as a major movement, although dissident minorities persist in Scotland, Ireland and North America.

• Throughout the 17th century Covenanter congregations were established in Ireland, mainly in Ulster; for various reasons, many of them subsequently migrated to North America.

• In 1717 William Tivez moved with his family to Philadelphia, where he later founded Log College, the first Presbyterian seminary in North America.

• Republicans, they were among the loudest agitators for independence and volunteered in large numbers as soldiers in the revolutionary army.

T5 Ch4 : Duncan Innés tells Roger that his family is very religious, members of the Covenant for generations.

T5 Ch15 : Explanations on what the Convenanters are by Duncan Innés with the evocation of his very puritan grandfather who believed in Predestination.

On the subject of the War of Independence, we find New York.

T5 Ch88 - New York is still in the hands of the English and becomes their HQ to prepare the war of independence. Lord John Gray and Lord Harold Melton —Duc de Pardloe leave for New York to follow the British army. We learn it when Lord John offers Claire and Jamie to come and occupy his house on Chestnut Street in Philadelphia which is therefore unoccupied.

When the Revolution begins, New York is in the hands of the English forces. It is towards this city that the loyalist population goes to flee the advance of the Continental troops.

This is very well described and detailed in T8-1 Ch50: William is tasked with monitoring this convoy of civilians fleeing Philadelphia at the hands of the Mainlanders (the Whigs) with the protection of the British Army. The English left Philadelphia following the Battle of Monmouth, June 28, 1778.

And to finish… small postcards, some books, films and music…

But the chronic lack of manpower will bring the Company of the West Indies in the slave trade from the 1630s. The first slaves arrive in 1626 and in 1664, they are 700 in the colony.

In New Amsterdam, they make up more than a quarter of the city's population and increase the prosperity of the region.

The whole of the territory conquered by the Dutch was originally agricultural and pastoral, but it quickly became a land of commerce because the Dutch were pragmatic, well-organized men.

They therefore end up controlling all colonial trade, which will provoke the anger of the English. 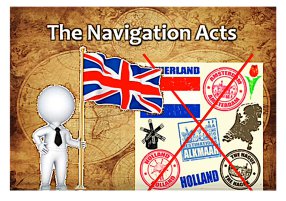 England reacted and enacted the “Navigation Acts” between 1651 and 1696.

The English take control of the seas with their military ships and impose their rules in order to dominate the colonial markets of foreign competition, both from Asia, Africa or America in order to exclude the Dutch, their main rivals.

They succeed in controlling the products of import and export by a true boycott of the goods which do not answer their laws.

Governor Petrus Stuyvesant (1647-1672) surrenders without a fight. The city and the fort were renamed New York and Fort James.

The Treaty of Breda, signed in 1667 by the two nations, confirms this conquest and in return gives Suriname to the Dutch.

For the English, this "military victory" increases their prestige and gives them the satisfaction of having weakened their main commercial rival. 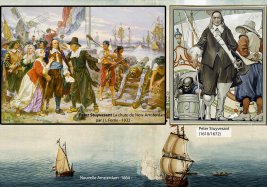 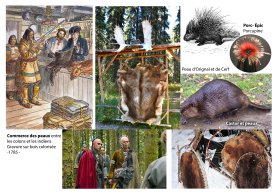 If the city prospered from trade, large estates also prospered as well as small farmers.

Fruit was plentiful, including apples.

Good understanding with the Indians allowed the fur trade which developed in Albany. 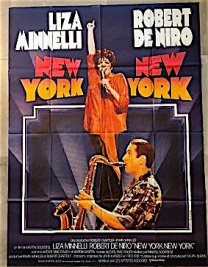 I want to be a part of it

Are longing to stray

Right through the very heart

of it New York, New York

I want to wake up in a city

And find I'm king of the hill

Top of the heap

of it In old New York

If I can make it there

It's up to you

I want to wake up in a city

And find I'm a number one

King of the hill

of it In old New York

And if I can make it there

It's up to you

by Leonard Bernstein, Arthur Laurents (libretto), inspired by the tragedy Romeo and Juliet by William Shakespeare and created

on September 26, 1957 at the Winter Garden Theater on Broadway. The choreography and direction were by Jerome Robbins, the sets by Oliver Smith and the costumes by Irene Sharaff. 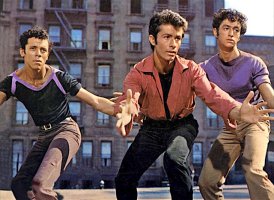 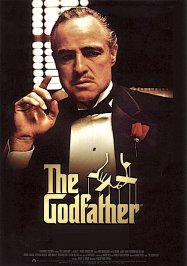 Here is a great classic of literature to understand how the Mafia was born and developed in the United States.

We discover the great figure of the unforgettable Corleone, head of the Italian mafia family. The epic of the Godfather has elevated the news item to the rank of myth.

BUTEL, Paul, History of the Atlantic from Antiquity to the present day, Paris, Perrin, 1997. 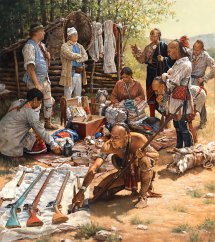 In the middle of the 17th century, England faced a new rival, other than Spain or France.

It is about the United Provinces of the Netherlands , a power, not political, but commercial and maritime which is also interested in North America. Since 1609, the Dutch have had a colony there, New Netherland, located between Connecticut and Maryland.

For the English, this presence is an obstacle to its plans for territorial expansion by preventing them from joining New England to its southern colonies. 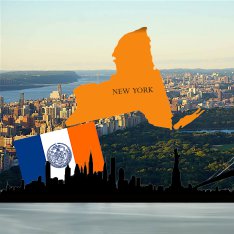 This autobiographical story begins on September 11, 2001, in New York. The author, Henrik Rehr, lives 200 meters from the World Trade Center. That day, like every day, his wife Evelyn leaves for work taking their eldest son Dylan to school. He remains to work at home taking care of their second two-year-old child. At 8:48 am, a first plane hits one of the Twins Towers ... 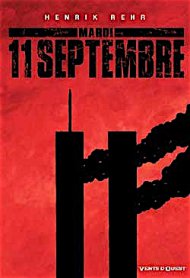 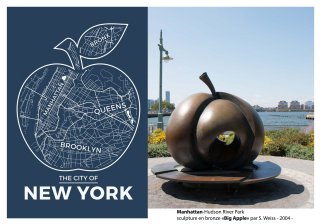