It was obvious that nothing could more regulate amicable.
In spite of some tries on behalf of Tryon to satisfy some one of the requests of regulators, as for instance, ceiling of lawyer's fee, the regulation of functions of the civil servants and the creation of new counties in the west so that each of the groups is better represented, rumour would run on the fact that regulators headed for New Bern for a new clash.

Then the assembly, in end, decided to adopt a resolution, known under the name of "Johnson Act" which allowed to the public prosecutor of North Carolina to follow émeutiers, and to sentence to death them without consultation if it does not come in their audience.

Been in order a bit confused period.
First of all, contrary to what had been predicted, regulator did not arrive until New Bern.
Then, Tryon wanted to open again the courts of Hillsborough against the wish of regulators what generated deep protests on behalf of the judges of the region who, certainly, feared for their life.

All conditions were united for a final clash, none of the parties having intention to make reverse.
In May, 1771, the famous battle of Alamance took place which saw the defeat of regulators faced with the British army, helped by the colonial militias.
In spite of tries on either side to put an end to clash, outright, the men met on the battlefield.

This corruption was of numerous time reported to the governor Tryon, who takes no measure however to put an end to it because he feared losing the support of the various civil servants of the county.
In the opposite, it undertook the building of an extremely costly palace in New Burns and at this end, still augmented taxes already pharamineuses!
It found that of Edmund Fanning for it, the support of numerous corrupt lawyers, and notably, particularly detested by the regulators which treated it to be despot tyrannical. All had had wind due to the fact that Fanning had been compelled to pour only the single penny while he had been judged to have hidden strong sums in the cases of the crown.

Just before clash, Tryon forwarded a last message to regulators:
' Those of you who are not too much hired should abandon the idea and go back easy to your homes. Those of you, representatives, have to submit without resistance. I promise to acquire the best possible conditions for you. You are not prepared for war! You do not have cannon! You do not have military training! You do not have commanders to lead in battle. You do not have ammunitions. You will be conquered! '

Battle took place nonetheless and it was a disaster for the regulators, as Tryon had predicted it of without munition, no tactical knowledge, no plan of battle, no leader to aim them.

Many of them really had not planned to fight truly, persuaded that their number and their determination would be enough to make give in the governor. Some people tattled between them while clash had already begun. Others, Pacific in souls, went before the first gunshots.

In the opposite, the militia to which they were confronted was a force of battle formed with the upper weapon and of officers to guide them.
Battle lasted no more than two hours.

The following day, Tryon published a proclamation excusing all regulators which would submit to the government and take the oath. There were however some exceptions, particularly Hermon Husband and James Hunter.
Others were stopped after battle, judged and put to death.

Some others were liberated having taken the oath in the colony.
In total, about 6 000 regulators took the oath.. The end of the battle of Alamance marked the end of the movement of regulators and their association.

But truly, it is the arrival of the governor William Tryon, in 1765 that set fire to powders.
In effect, l " the whole colonial system depended on the integrity of the local civil servants, but the most part joined forces between them for their own interest. So, the perceptible levies enriched the collectors directly and not the crown and even less the county.

What is unbelievable, it is that, nonetheless, regulators had an overpowering wish to express their fidelity towards the king. Also, at the end of each of their mails or their claims, they signed: « God saves the king George III » always watching out to separate well the decrees of the British crown in colonial management.
Besides, when they look attentively their numerous requests it proves to be that they always offered amicable settlements and subjected permanently a proposal of debate and gathering. At this end, they had elected 12 members of their group to regulate problems with local authorities and tell violence.
They still see very there to what extent regulators refused to put the single man at the head. Still and always, they liked to be the representatives of whole people oppressed by a gouvernance dénuée of scruple.

But many people were only landowning, with not enough culture, so certain of them distances themselves by their capacity to understand and to relieve different claims them. Among them: James Hunter, William Butler and Hermon Husband.

James Hunter was known to move in the meetings of regulators in different counties, notably those more on the West. Hunter not only participated in various meetings of the organisms of regulation, but also delayed numerous announcements and petitions in person to provincial civil servants. Owing to this particular allocation and his general contour, Hunter was mentioned as the « leader of regulators ».
It is because of his preponderant role that it attracted against him the wraths of William Tryon which made destroy its property and sell his lands by sheriff in his pay, owing to its so-called treason. Sometimes, the sheriffs made disparaitre intentionally the proof of their perception of levies to claim them a second time in the landowning, obliging them in the long, to leave their lands and their property for lack of being able to pay the claimed taxes.

It was not certainly the first proclamation to ask for it western authorities, but for time, Tryon, always in one worries of abatement, followed up the statement by translating some of the men into justice for their practices of extortion.
Alas, it was too much late, and this decision did not calm down the regulators which demanded that the accused civil servants are absolutely relieved of their functions, what Tryon refused to make.

On the one hand, Tryon continued thinking that the proclamation against the wormy civil servants had to be enough to calm down the anger of the landowning and felt so legitimate to claim the not perceptible taxes in regulators.
Of others, regulators thought that their wishes were not granted because a good many of the local representatives what was always in active service in their office what let to think that nothing would prevent them from making the same offences.

Tensions went up again and attained their paroxysm when the trials of Husband and Butler began.

Regulators were a group of western farmers of North Carolina who met in association between 1764 and on 1771, to struggle by means of mails and by petitions, against the local colonial civil servants who surcharged them.

Their claims leaned on 5 distinct points:

- None of the men will pay levies as long as their grievances will not have been satisfied in accordance with law.
- They will pay no expenses of officer beyond requested sum.
- Meetings will take place regularly with the intention of discussing with local representatives and depositing grievances to the governor.
- The members have to pay rights to "be the main topic " of expenses linked to undertaken actions.
- And finally, all decisions will be subjected to the majority.

The last differentiation was key and established that no man would control or make decisions for the others. This rebellion against local authorities had to speak about the single voice.
Their objective held in a line: Form a honest government and reduce levies
In effect, contrary to the sons de la Liberté, which met in Massachussetts, regulators did not oppose to the government of North Carolina nor to the king of England but handed in notices to the local representatives for the Western counties, who were be named by the very governor. They had also very gone back up against the countless lawyers having made a fortune in the region, thanks to their prohibitory rates and the misappropriation of law in their benefit

The lawyer Edmund Fanning, who always refused to meet regulator in a try of dialogue, even wrote an arrest warrant against Hermon Husband and William Butler.
Until then, Tryon and Fanning thought that alone some persons led the crowd of regulators and that fact to imprison them would remove uprising. But it is the the opposite which occurred.
On May 2nd, 1768, about 700 men enter Hillsborough to force the release of the prisoners.

Regulators sent petitions directly to the governor, as his secretary had suggested it:
« Us, the inhabitants of the county of Orange, pay expenses of recording of more well brought up acts than those of the adjacent counties and other numerous expenses more than law allows it »
This introduction enunciates the main complaint of regulators against the local representatives and especially, the petition am signed by 480 persons! What showed the largeness of movement well.

On June 20th, 1768, Tryon, in a will of abatement, publishes a proclamation demanding that all public agents make append in their offices, of fair pictures of their fee, legally established and that, especially, they respect them! His objective was to make sure that all local and judicial civil servants ask or do not accept other fee, for public affairs compromised in their offices, than what was established by competent authority, at the risk of being returned and followed and condemned. 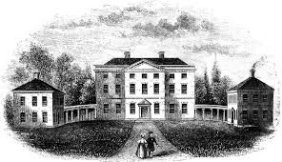 About 3 700 regulators walked again on Hillsborough to put an end to this trial, but Tryon, having envisaged it, had sent for about 1 400 members of the militias of the ambient counties to prevent riots.

With a drawn away militia, it was difficult for the regulators to attract whatever it am against courts even in 3 against 1. After some days of tension and clash, regulators scattered and trials began.
Husband was finally paid off, but William Butler and two others were indicted and condemned for penalties and several months of prison.

When another riot burst in Hillsborough in September, 1770, it was not any more a matter for Tryon and the Assembly of North Carolina to reach an understanding with regulators. What they wanted, it was to abolish the organization absolutely, all the more so as confrontations were more and more violent.
This time, regulators had attacked the court, the judge Henderson and Edmund Fanning whom they both beat and he almost lost an eye. They devastated the city and trade. Alone the church was spared due to them religious beliefs.
All inhabitants of Hillsborough who worked for the provincial government had feared for their life.

On this place were hunged by order of a tory court 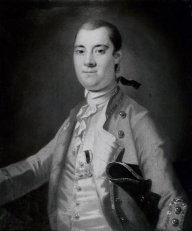 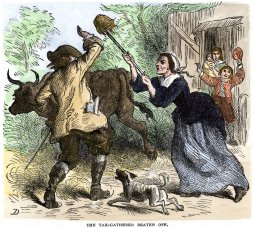 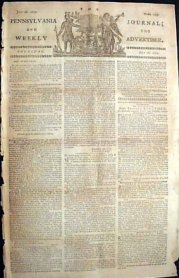 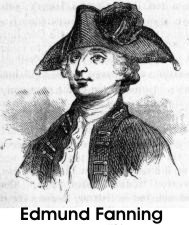 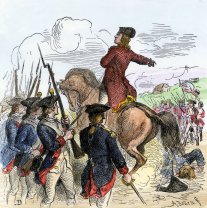 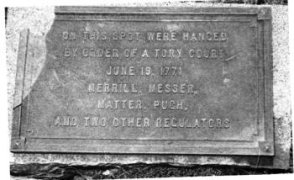 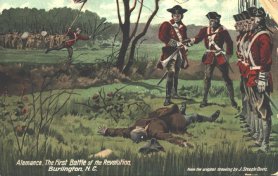