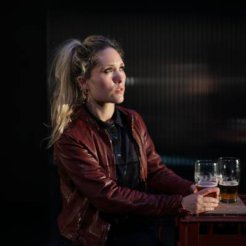 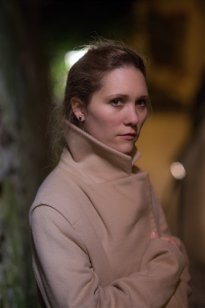 Claire Sermonne, French actress of Russian origin born on December 26, 1985, knows a lot about the actor's secret factory.
His father, Bruno Sermonne, a great man of the theater who disappeared in 2013, chewed his texts in a cabin at the bottom of the garden, while his mother, Tania Galievski, daughter of Russian emigrants who fled the revolution, and a Chekhovian character par excellence, transmits essential knowledge to him on the stage.

His parents, however, did not wish him such a fate.

She begins by enrolling in the first year of Russian - the language found. But she is seventeen years old and she feels 'running away from home'. So she flies to Moscow where she enrolls in the school of the famous Art Theater! That of the great Russian tradition: Stanislavski, Chekhov ... whose immense portraits impress him from the great hall. Registered on the fly for the audition, she goes from Koltès in French after having told the scene in Russian to an assembly of teachers tied to their cigarettes ... and begins a fortnight later.
- 'For three years, I slept four hours. We worked in class from 9 am to midnight and then we partyed. The Russian school transforms us into virtuosos: neither body nor voice should be a hindrance to the interpretation. '

Damn seasoned, she jumps from Moscow to Paris and from Chekhov to Corneille, thanks to the director Alain Ollivier to whom Bruno Sermonne had negligently left a DVD of the young Muscovite. She enrolled at the Paris Conservatory of Dramatic Art with Elizabeth Tamaris.
Here she is in 2007 in the role of Chimene facing her father, alias Don Diègue!
- 'I then discovered a poet-laborer at work, giving me two or three tips seemingly without reason. '

Like Alain Ollivier, the feverish Frank Castorf, boss of the Volksbühne in Berlin, trusted him for his Dame aux Camélias, staged in 2012 at the Théâtre de l'Odéon.
“He wanted a Russian-speaking Marguerite and kept telling me about the French style:“ Claire! Chanel and Rohmer, this is Nein, Nein, Nein! ”She laughs. He took me to violence where no one had dared to guide me. '

Between Paris and Moscow, Claire Sermonne experiences, beyond languages, the universality of the theater. She also became the founder of the festival of the New Popular Theater in the West of France.