Valérie Gay-Corajoud: Hello Lionel, first of all, I want to thank you for taking the time to answer my questions despite your busy schedule. I am happy to give my readers the opportunity to get to know you better beyond your interpretation of a particularly sensitive Louis XV.

VGC: The first question I want to ask you is: Do you think that your experience as a theater actor was useful for you to interpret Louis XV?

Lionel Lingelser: My theater experience has brought me a lot. Especially for the construction of the character. The costume is a real ally of play, it gives me the line, the posture. The character of Louis XV came largely thanks to the costume. Also the king is in constant representation, he is by theatrical birth, it is as if, from his rising, he was on stage. This costume work is work that I also do with my company

VGC: Unlike his bisaïeul, Louis XV was a rather faint and melancholy king and I find that you have perfectly understood this state. Can you tell us how you decided to take on this role? By the way, did you receive strict instructions or were you given a certain freedom of interpretation?

LL: I talked a lot with Metin Hussein, one of the directors. He fed me a lot and clarified the tone that Season II was going to take. Once the framework was clear, I was given a lot of freedom, especially with everything that was the gesture of the king. The writers are also very present on the shoots and are responsible for the spirit of the episode.

VGC: Can you tell us about the shooting conditions on a set as loaded with sets and costumes? And besides, about the king's costumes, each one more wonderful than the other, which one did you prefer to wear and why?

LL: I liked all of my costumes. It was the first time in my acting life that I wore such splendid costumes. Terry is a master at it and she has an incredible team around her.
The shooting conditions are wonderful and very professional. Each and everyone does their job in an admirable way, in the service of this great series.

VGC: How did you manage the clashes of the French and English language (with some Irish and Scottish accents!) During your different dialogues? For example, you apparently had to respond in English when you were several French actors.

LL: We were wonderfully supported in learning and pronouncing the text in English. Coaches are present on the set and follow us closely. It was fun to realize how much we French speak with very little open mouth and monotonous tone while the English language has greater amplitudes.

VGC: The Parisian court was presented in a not very glorious light, whether in the literary saga of Diana Gabaldon or in its television adaptation. What do you think of this unflattering look that Americans have on the Parisian court? Did you take pleasure in going in this direction (I am thinking, among other things, of the rising scene and the chronic constipation of the sovereign)?

LL: I like these oppositions between what we imagine and the reality of the time. Reading the stories, the life of court people was not very glorious. The opulence remains indisputable but the hygiene was terrible. After, Outlander remains a fiction and there is no harm in making fun of it or caricaturing it. Molière was the first to do so and much more frontally. Certainly not glorifying but enjoyable as an actor. We made several more or less exaggerated versions so that in the end, we could choose the right dosage. We laughed a lot for this scene. I remember the Cameraman who cried with laughter and who could no longer stabilize his camera ... very beautiful moment. For my part, the more extreme it is, the more beautiful the challenge, I loved the sunrise scene. Certainly not glorious but what is smooth in the cinema annoys me.

VGC: During this second season of Outlander, we were treated to a magnificent range of French actresses and actors and I admit that it was a treat for us, the French fans. Did you know them before that and did you have the opportunity to find some of them afterwards?

LL :Yes for us too, it was a great chance to be together. It was a happy coincidence but I knew a lot. Stanley with whom I threw at the conservatory, Claire Sermonne was already a friend, Dominique Pinon with whom I had filmed as well as César Domboy.

VGC: If you had the opportunity to go back in time and play another character in the series, who would you wear and why?

LL : No character in particular but to choose I would rather play a character who has a long trajectory. A character who lives multiple lives within the same story. This is what is beautiful and new with the series, the incredible opportunity for an actor to find his character over time and explore all its facets.

VGC: Can you tell us about your upcoming projects? Has Outlander opened other opportunities for you in France or abroad?

LL : Yes, since Outlander I have had many more offers abroad. Not always easy to make them coincide with the schedules of theater. For the future, I participated in a film that was released in France on March II: FORTE, and above all I developed my theater company with several staging projects.

VGC: And finally, if you were to write an epitaph about the Louis XV that you embodied in the series, what would be the terms?

VGC : Thank you so much dear Lionel for this time that you have given us and wish you to continue exploring the world and time in this wonderful way. Without a doubt, thanks to your service in Outlander, you have broadened and diversified your audience!

Originally from Sundgau (Southern Alsace), Lionel Lingelser spent his childhood in Illfurth. He started theater from middle school. In final, he meets Barbara Abel, actress, who will stage him in Précalo at the cultural center of the hills.

At 18, his bac S in pocket, he was accepted at the Florent course, where he spent four years, including two years in Free Class. It was during this Free Class that he successfully auditioned to play under the direction of Jean Michel Ribes in his creation: Musée Haut Musée Bas.

In 2006, Lionel presented the entrance exam for the prestigious National Conservatory of Dramatic Art, the official way to hope to join the Comédie Française. Lionel is one of 15 boys and 15 girls who are received out of the more than 1,300 candidates.

During the 3 years spent at the Conservatory, he met renowned directors such as Daniel Mesguich, Alfredo Arias, Mario Gonzales, Gérard Desarthe…
In addition to his lessons, Lionel plays with the Compagnie Lalasonge and takes his first steps on television alongside Mimi Mathy in Joséphine Ange Gardien then Bernard Lecoq in a historic TV movie: Désobéir, and finally at the cinema alongside Daniel Auteuil in comedy by François Desagnat and Thomas Sorriaux: 15 and a half. Jean Michel Ribes also reminds us of it for a cinematographic adaptation of Musée Haut, Musée Bas.

To make ends meet, Lionel participates in a few pubs and also tries dubbing for a youth channel and a few American series and films.

In December 2008, he was hired after audition to play in the Swiss company Teatro Malandro directed by Omar Porras (director of Colombian origin). He then took on the role of Scapin in the Fourberies de Scapin de Molière for an international tour from April 2009 to June 2010.

At the same time he obtained his state diploma symbolically ending the 7 years of theater schools.

In 2010, he received from the city of Mulhouse the city's Culture Trophy. It was in Mulhouse that he created the company 'Munstrum Théâtre'.

From 2014, he teaches at the Training Laboratory at the Physical Theater in Montreuil 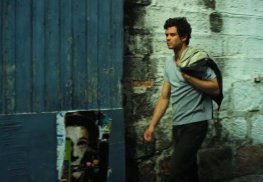 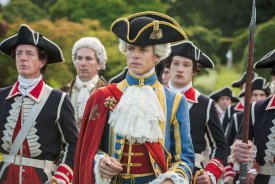 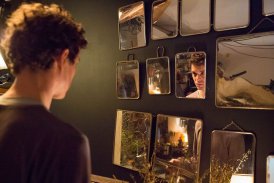 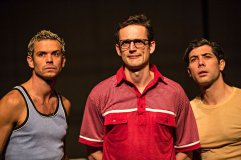