Stanley Weber, son of the actor Jacques Weber, is a French actor and director born on July 13, 86.
A student of Cours Florent in 2004, he entered the National Conservatory of Dramatic Art in 2008. He was first a student of Daniel Mesguich then left for England to follow a year of training at the London Academy of Music and Dramatic Art . Returning to France, he joined, for his third year of conservatory, the class of Jean-Damien Barbin.

Short film
2012
The swimsuit | Mathilde BAYLE
2007
At the altar she went, she killed him there E.MONMENCEAU TIM - Jacques GIRAULT
2006
Wrong catch | Blessed JEANNOT 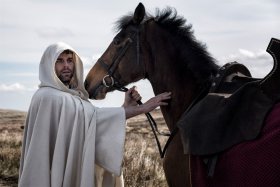 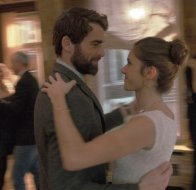 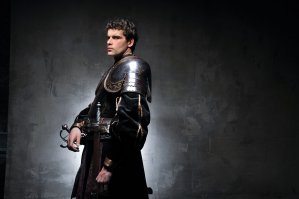 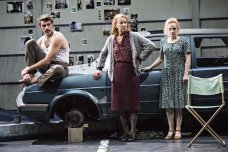 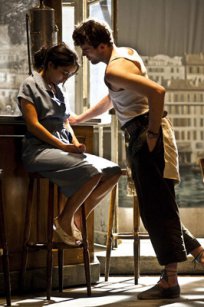 On the occasion of the film The Origin of Violence, by Elie Chouraqui (2015), he replied to Aude Bernard-Treille for the Infra-red site.

Who have you been confused with?
Never confused, but rather compared. With Ray Liotta and Daniel Day-Lewis. Even if it sounds like a little pretentious to say that ...

In The Origin of Violence, you play a haunted man without knowing it by a family secret. What did you like about the script?
At the start, I signed up for the role of César Chouraqui and Nicolas Duvauchelle was to play my character. I had read the book at the time. I met the author, Fabrice Humbert, in his high school to have more details on this autobiographical story. His opinion mattered to me, I wanted to know his version of the script. He also worked with Elie Chouraqui, he passed on the set, which shows that the film is quite faithful to its history.

In the father-son reports presented, the father wants to hide the past to protect his son, while the latter's request for truth is a matter of survival. How did you approach these feelings?
Curiously, this project came at an age when I started talking with my grandmother from this period, from her generation ... All of them have different stories about their experiences during the war. All of this fueled my game. I wondered about my family and when I learned that some had been resilient, I was as relieved and proud, although I didn't have anything to do with it in the end. So I got this curiosity that turned into an absolute obsession with the role.

How could you describe your relationship with your own father (Stanley is the son of Jacques Weber, editor's note)?
A simple relationship. We are both very modest and very accomplices.

Elie Chouraqui felt a fragility in your life which corresponded well to the character of Nathan. Would you say like him that your link was obvious?
Rather than 'brittleness', I would say that I have this same fairly natural sensitivity or nervousness. This is reflected in the character of Nathan, who has a filigree tension throughout the film. Second, you don't always have a part of yourself in the characters you interpret. In Ireland, I played a Cistercian monk in the 13th century and there was not much in common with me… You are never as much yourself as when you have a well-drawn character above you . This is the principle of the mask in the theater. What the actor releases becomes more clear and obvious.

When you were younger, did you want to follow in your father's footsteps?
At first, I wanted to be a McDonald's manager because I loved the burgers, secret agent, then professional rugby player. I had the trigger when I saw Cyrano de Bergerac directed by my father with Xavier Gallais, Marina Hands, Loïc Corbery. They were all coming out of the Conservatory and when I left school, I joined them at their rehearsals, I was fourteen. I loved this atmosphere. They were between twenty and twenty-five years old, rehearsing from 1 p.m. to 10 p.m., it looked so nice, they laughed ... Then they all concentrated. I thought it was a great job. Four years later, I registered for the Florent course.

Were you expected at the turn?
I knew what I was getting into, my father gave me one piece of advice: enroll in school. I think he was reassured the day that, after three or four years, he finally came to see me for the show I had staged, The Scarecrow by Jerry Schatzberg. I also didn't want him to come, so as not to annoy others. When Jacques Weber arrives, it can be tricky for everyone. Before talking about talent and technique, he saw that I was really passionate.

Would you say that your passage in England brought you a plus?
I went to the London Academy of Music and Dramatic Art on the advice of Marina Hands, who had been there. She had explained to me this impressive difference between the French school and that of London, where there is more rigor and professionalism, punctuality… It's a bit of a shame for the natural French, but at school we have need this requirement. I learned to focus my ego between 'Action' and 'Cut' and not elsewhere. You learn humility there, unlike a certain French arrogance.

What compliment is bothering you?
' You're too beaufiful ! '

Who would you 'steal' a touch of talent from?
To Loïc Corbery for his humility in everything he does.

Entrust us with a paradox that concerns you.
My rejection of worldliness because I would be afraid of enjoying myself in success. I'm no smarter than the others. I have always worked in different territories and it calms me down with what can be said and done in France. I have worked more in England, but when you are invited everywhere, you understand that success does not mean happiness. The important thing is to have a solid and full private life and to rub shoulders with friends who do not belong to this milieu. I can also work in a cafe to help a friend when I have a hole, because this contact with real life is essential. So far from the evening in a mansion of such a big brand ... Or like those who fall into drugs because they bother deeply between two shootings. It's the truth. So, my paradox is that I could revel in the role of the alcoholic misanthrope who hangs out in these evenings with a bottle of whiskey in hand, but it’s not me.

Your projects ?
In the United States, with series. I have not closed any doors in France but I see that there are not necessarily many roles for me here. I get a lot more castings from the United States or England. And then I'm quite close to the company of the Little Fields, with which I tour García Lorca's Blood Wedding. This is my haven of French theater, with which I love to work.